In Ivory Coast, there is a shortage of data on the production and the marketing channels of agricultural products. This is particularly true for cocoa which can be illegally produced, mixed with official supply channels and legal cocoa. Since 2019, the non-profit organisation Initiatives for Community Development and Forest Conservation (IDEF) is implementing an Independent Cocoa Monitoring project with REM's technical support. IDEF carried out a first investigation mission in the region of Cavally with 2 objectives :
1) to collect data on the existence of cocoa plantations in the classified forest of Cavally and
2) to follow the cocoa flow from these plantations.

Between 2018 and 2020, REM implemented a project to improve forest governance in Ivory Coast by strengthening civil society led Independent Forest Monitoring and linking it to demand side measures to combat illegal logging, particularly the EU Timber Regulation.

According to the FAO (2015) Ivory Coast has about 10.4 million hectares of forested land or about 33% of the total land area. Roughly 10 million hectares are primary or naturally regenerated forest, and around 427 thousand hectares are plantation forests. The southern part of Ivory Coast harbours humid evergreen Upper Guinean Forest, which is biodiversity hotspot because it is irreplaceable (high concentrations of endemic species) and threatened (less than 30% of the original vegetation remains). Unfortunately, the humid forests are highly fragmented and only a few intact forest landscapes remain and are restricted to protected areas, particularly Taï National Park, which is connected to the Cavally Forest where the Wild Chimpanzee Foundation (WCF) is the mandated Independent Forest Monitor.

Widespread illegal logging over the past 50 years has decimated the forest resources of Ivory Coast (Chatham House, Illegal Logging Portal). The informal artisanal logging sector is often cited as a primary cause of deforestation (FAO 2016). However, apart from the WCF reports on illegally logging by STBC in Cavally, very little is known about the nature of illegal logging in the country carried out by industrial scale companies and its impact on forests.

According to a June 2017, Forest Trends report on timber exports to the EU from fragile and conflict affected states, Ivory Coast was the top supplier of timber to the EU between 2000 and 2016. In fact, EU timber imports from Ivory Coast, valued at nearly 3 billion euros, were more than the combined imports from DRC, CAR, Liberia and Myanmar. According to FAO statistic trade data for 2015, Ivory Coast ranked 69 out of 219 countries in terms of the value of timber exports, significantly more than Liberia (ranked 98) and similar to that of Ghana (ranked 65).

Bridging the information gap on illegalities 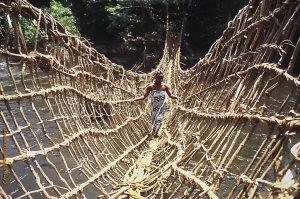 The EU Timber Regulation (EUTR) holds enormous potential as a tool to combat illegal logging worldwide, but according to the European Commission, implementation has been slow.  While there are a variety of political and economical reasons for this, conversations with various EUTR actors reveal a relatively simple problem impeding implementation – the lack of company specific and reliable information on illegal logging.  Fortunately, this type of information exists, primarily through Independent Forests Monitors. It has not, however, been used to its full potential due to challenges of accessibility and interpretation among EUTR actors. In Ivory Coast, there is also a shortage of information available on forest infractions.

REM is currently working with IFMs in the Congo Basin and the World Resources Institute (WRI) on bridging the gap between IFMs Generaland EUTR authorities through the development of an Open Timber Portal and aiming to capitalise on this work with IFMs in Ivory Coast. The objectives of our 2018-2019 project supported by the UK Waterloo Foundation, are to: