REM was the official Independent Monitor of Forest Law Enforcement and Governance in Cameroon between 2005 and 2009. This appointment follows a first phase of the monitoring project in Cameroon that ran from 2000 to 2004. A team of our legal, forestry and monitoring experts worked side by side with law enforcement officers in the field and Ministries in Cameroon. REM reported to the Ministry of Forests and Fauna, the Ministry of Economy and Finance and the international donor community on law enforcement and forest illegalities.

The forest sector in Cameroon is supposed to play an important role in poverty reduction. According to Cameroon’s Ministry of Finances, this sector contributes 6% of the country’s GDP. Moreover, it generates important tax revenues every year. Annual national production of wood converted into equivalent round wood was approx. 2.3 million m3 of logs in 2006. Felling remains both selective and extensive. It focuses on some twenty species with very low rates of removal per hectare (between 5 and 15 m3/ha per 30-year rotation). The State grants logging rights subject to obtaining authorisation granted by prime ministerial decree.

A number of factors, including the implementation of the 1994 law, the direct link between forest operations and political circles, the rapid increase in the number of logging companies and MINFOF’s lack of resources, have contributed to a proliferation of illegal activity in Cameroon’s forest sector. In fact, Cerutti and Tacconi (2006) estimated that informal logging accounts for approximately 540,000 m3 of wood each year, without this being investigated or followed up by the State in any way. 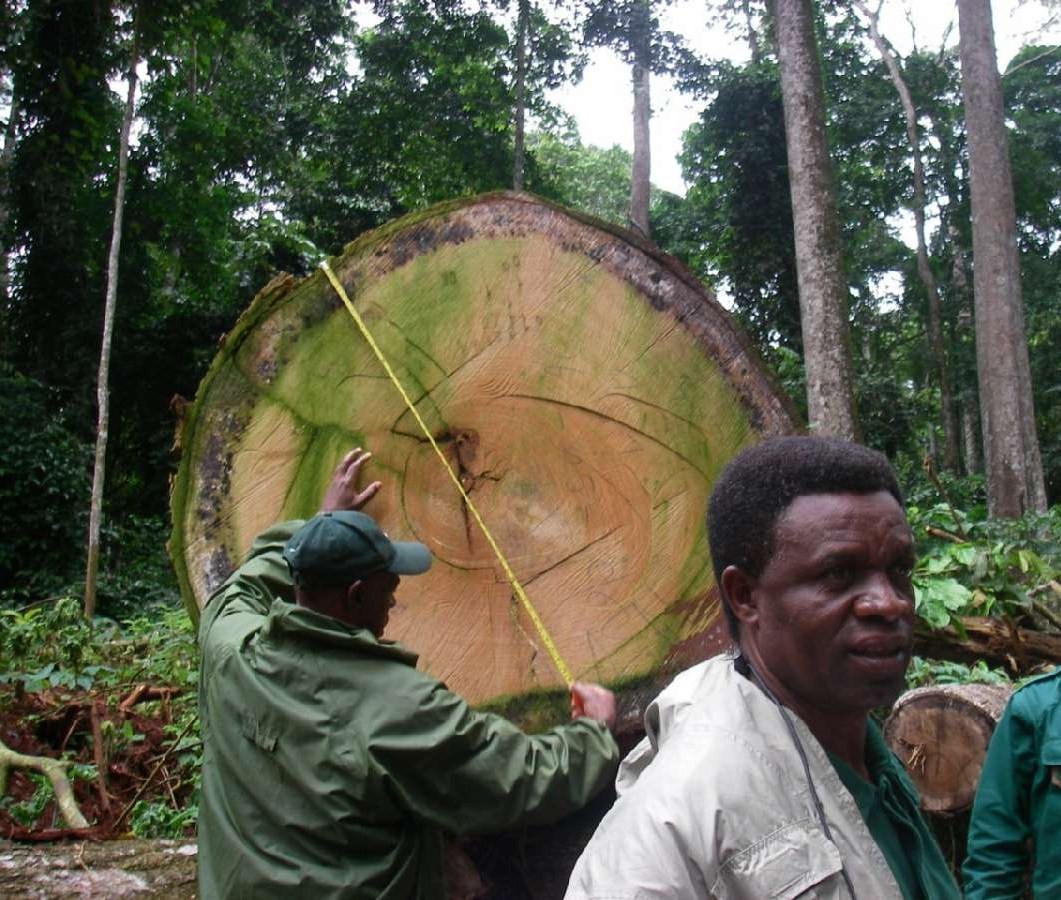 Over the 6 years of its mandated role of independent monitor of the forest sector in Cameroon, REM:

All information and reports related to the project are available here.